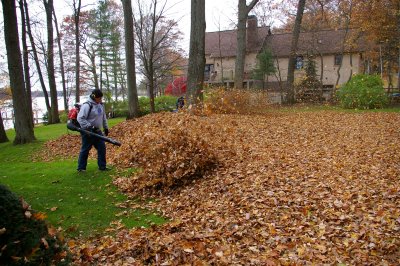 Are your leaves piling up and you don’t have the time to go out and rake them yourselves? Call Chester County Firewood to come and handle your leave situation for you! We have been proudly cleaning up the lawns of the King of Prussia area for over a decade. Chester County Firewood will comply with the laws of your town and will rake, bag, or dispose of the leaves as necessary.

Chester County Firewood provides the King of Prussia area with proper preparation for the coming winter months. We will mulch, feed, and properly care for your lawn and gardens to improve their chances of survival during the winter. We will properly dispose of weeds and fallen branches to keep your lawn looking good during and after the snow fall. We will also remove leaves from your gutters to prevent clogged drains and roof damage during the snowy winter season.